Privacy in the Courts: A quarterly review provides a practical, efficient and accessible resource to help busy in-house counsel, Chief Privacy Officers and compliance professionals navigate recent court decisions and gain a broad understanding of how privacy law is evolving in Canada. Each article provides an overview of the facts and decision related to each case, as well as a discussion of the key points. Expertly written commentary helps users identify trends over time and gain insights into the potential implications for their organizations.

The Fall 2020 edition is now available with 16 informative case summaries!

Below is a sample summary from this latest edition:

The defendants brought a motion to strike a statement of claim alleging intrusion upon seclusion. The matter arose in the context of a dispute between one of the plaintiffs (Evison) and the defendant over an accident benefit claim filed by Evison. The second plaintiff, Wakeling, joined Evision as her aide at a teleconference with Desjardins lawyers. Wakeling was also on Evison’s witness list, which was provided to Costantino, the lawyer for Desjardins. This lawyer, in turn, shared the witness list with Desjardins.

Wakeling was an employee of Desjardins. After her employer learned of her participation in the proceedings against them, she was contacted by her employer who informed her that she was under investigation. Shortly afterwards, she was fired. Wakeling sued both Desjardins and Costantino for intrusion upon seclusion. It is these claims that the defendants sought to have struck from the statement of claim.

To read the full article and publication, subscribe to AccessPrivacy.

Not ready to subscribe, register for our free monthly calls or e-news updates. 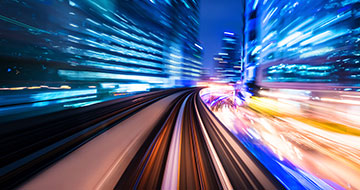 Let us help you navigate the increasingly complex range of privacy issues. Gain access to our extensive collection of Topic Hubs and other helpful resources.